I am very proud to introduce you the work made in Domaine de Chambord during 7 months to realize, after 15 YEARS of scientific research, THE "jardins à la française du Domaine de CHAMBORD". Thanks to Monsieur Stephen A. SCHWARZTMAN, the "mécène" who made it possible.

The Président François Hollande inaugurated the "parterre" on 19 th of march 2017.  I visited few days later...

What can we see right now ?

Imagine Chambord in the last years with a "pelouse" all in front of the entrance. It seemed a castle put down a green floor. Now, you have a majestic green tapestry replacing with a "motif" : a stylized symbole of "fleur de lys" (lilies), that means "monarchie". It is edged by aisles made in small white gravel to promote the walk to the river and then turn. Lefting over behind you the "parterre" you could discover a "carré boisé" (trees) and appreciate a new profile of the castle.

Actually all plants are like "babies" needing good cares. All the plants in the borders are "tutorées" with natural wood. Automatic hoses are in order. Everything was created to be economical in water and with no pesticide.

In France, boxwoods - usually used in the royal garden borders- are sicks. So they had the idea to replace this species by "thym" (thyme). Believe me or not but they created two similar "parterres". One is bordered by traditional "buis" and the other by "thyme", and you cannot see the difference from the balcony on the first floor of the castle ! You must look near the plants to see what it is. Bluffant. Amazing.

I do not recognized all species they used to recreate the original gardens wanted by the kings and owners of the property in Chambord. But i could see on a tag that "Catherine DENEUVE" Roses will be on first place ! Tradition and modernity coexist in this gardening work. Molière performed there twice : in 1669, he created "Monsieur de Pourceaugnac" and in 1670 he performed "Le Bourgeois gentilhomme".

The medieval gardens were not reconstituted because they would be in the entrance, and mostly because scientits did not succeeded to find elements to reborn again. We should be content with thyme ! Maybe they used some for cooking, but this is not the purpose of today ! Only few photos to get started ...

Inauguration by the President François Hollande

FINALLY ! winter is there too.

The "Héllébore " also named the "Rose de Noël" flowers under the snow ... everywhere in France BUT NOT IN BRETAGNE !!!

This one is growing up slowly under the rain and the sun ...

I took this picture TODAY in Lorient ! I coul not believe it when i opened the door of the car. I hardly walked on it. Will it brings me "chance" for the next year ? I hope so !

It's my pleasure to share it with you. Hope you will have good luck too. 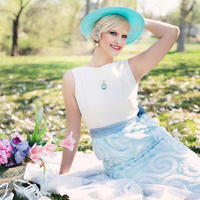 So i have to work hard today in the garden but i won' t forget ladies not married as they are in their 25 th.

With rain, MUSHROOMS are coming outside.

Parents and Dogwalkers, BE AWARE: A KILLER MAY BE UNDER YOUR FOOTSTEPS !

I cannot believe i saw for real that red and white mushroom we used to eat in sugar or in ice cream at Christmas ! I wont do that anymore. I am frozen with fear that a child could eat this, believing this will help to be a comic strip hero.

THIS specie is VERY DANGEROUS. I learn that in botanical classes at school. It is very easy to recognize it because it wears its message in its colors : do not touch me i am dangerous ! But others do not. They seems very cute and so tiny that you do not think they might kill you. Amanite could deadly hurt you and maybe you would not recognize it is. So i highly recommend to buy mushrooms in certified packed and during a walk in forest, be aware, and before eating, ask for a professionnal control.

Tickets entries will be donated to the TELETHON 2016

- 3 fruits - in general 1 big or 2 occupy all the space, it is those that have been polledized, and which will develop
- pointed shape
- COMESTIBLE after cooking

In St Gouvry, la "fête de la châtaigne" is a big party ! We dance (traditional) while the chestnuts cook on campfires.You eat chestnuts in paper cones with your fingers to warm you up.

If you can find some virginia creeper leaves, put them to dry between sheets of newspapers with a weight above. You could made :